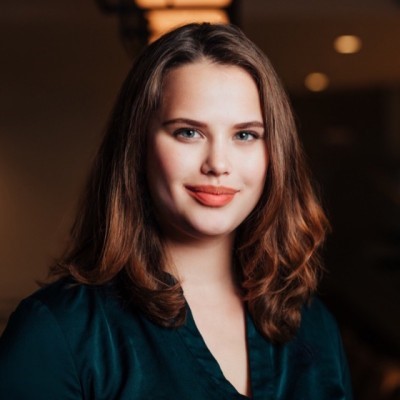 Rebecca van Burken is the Manager of Government Relations for Voyager Space. As part of the government relations team, Ms. van Burken helps represent the interests of Voyager to key government institutions including Congress, the White House, and the many federal and international agencies that impact the success of Voyager and its portfolio companies.

Prior to joining Voyager, Ms. van Burken was a Policy Associate with Boundary Stone Partners where she worked to support commercial space and carbon accounting clients on a range of government affairs and regulatory issues and led business development for the firm’s space practice. Prior to Boundary Stone, Rebecca was a technology policy analyst and Senior Fellow at the Reason Foundation where she wrote on technology policy issues and commercial space policy with a focus on orbital debris and space traffic management issues. Ms. van Burken began her work in space working with two of the largest U.S. space industry associations, the Satellite Industry Association and the Commercial Spaceflight Federation promoting industry member’s policy positions on a federal level. Ms. van Burken additionally was a part of the conception of the Space Initiative at the American Foreign Policy Council.

While working at Voyager, Rebecca is also a part-time JD candidate at the American University Washington College of Law where she is focusing on technology and space-related law. Rebecca received her undergraduate degree from the George Washington University’s Elliott School of International Affairs where she earned a double concentration in national security and conflict resolution affairs.