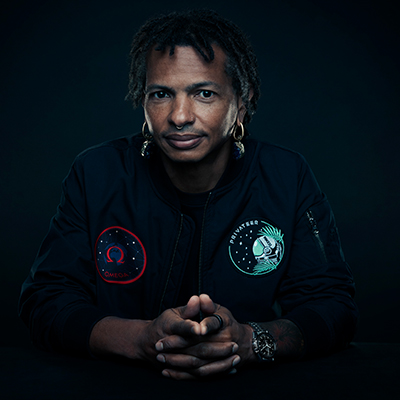 Moriba Jah is the Chief Scientist and a co-founder of Privateer. Privateer is a data and intelligence platform empowering the future of space sustainability.
As a renowned space environmentalist and astrodynamicist, Moriba brings a wealth of knowledge and expertise in space object detection, tracking, identification, and characterization, as well as spacecraft navigation to the Privateer team, where he is developing the first highly accurate space traffic map that aggregates multi-source data on Earth orbiting space objects, as a means to power the new space economy and make space exploration safe and sustainable.

Moriba is also an associate professor of Aerospace Engineering and Engineering Mechanics at The University of Texas at Austin where he is the holder of the Mrs. Pearlie Dashiell Henderson Centennial Fellowship in Engineering. At the University of Texas at Austin, he has worked with a team to develop ASTRIAGraph, an award-winning near real-time map of where objects are predicted to be located in space.
He serves on many professional bodies and is a Fellow of multiple organizations including TED, American Institute of Aeronautics and Astronautics (AIAA), American Astronautical Society (AAS), International Association for the Advancement of Space Safety (IAASS), Royal Astronomical Society (RAS), and the Air Force Research Laboratory (AFRL). He has served on the US delegation to the United Nations Committee On Peaceful Uses of Outer Space (UN-COPUOS), is an elected Academician of the International Academy of Astronautics (IAA), and has testified to congress on his work as related to Space Situational Awareness and Space Traffic Management.
Moriba received his B.S. in Aerospace Engineering from Embry-Riddle Aeronautical University, Prescott, Arizona, and his M.S. and Ph.D. in Aerospace

Engineering Sciences from the University of Colorado at Boulder, specializing in astrodynamics and statistical orbit determination.
Fun fact (if relevant): Moriba is an avid runner and has mastered the art of the post-run selfie.