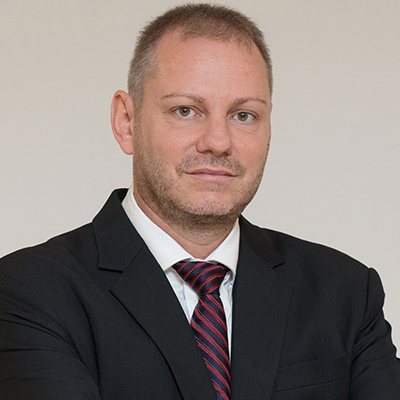 Luca is a visionary entrepreneur, seeking a profitable and sustainable expansion of the humankind in space. In 1998 Luca quits his Airborne Officer career and got a Master’s in Aerospace Engineering in Italy (2003). After a year working in a US research lab on nanotechnologies applied to space propellant, he came back to Europe, where, in 2005, he successfully concluded a Master’s in Strategic Leadership Towards Sustainability.
During his Ph.D. studies in Advanced Space Propulsion – concluded in 2008 with honors – Luca founded IRTA (startup providing advanced vision and slow-motion tracking techniques). In 2006 he co-founded The Natural Step Italia (The Natural Step is an international NGO that helps corporations and communities to pursue their objectives within a strategic sustainability framework), where the idea of applying strategic sustainability concepts to the space sector originated. In 2008 he applied for the European Astronauts Corp among 10,000 candidates. He went through the whole selection and positioned among the first two hundred.
Nevertheless, his motivation pushed Luca to find another access to space. In 2009 Luca won a Fulbright scholarship and in 2010 obtained a Certificate in Technology Entrepreneurship in Silicon Valley, California. After an internship position at NASA Ames Research Center, Luca Rossettini went back to Italy and founded D-Orbit, developing a solution for Space Logistics & Transportation.
Luca loves parachute jumping, scuba diving and eats science fiction books.