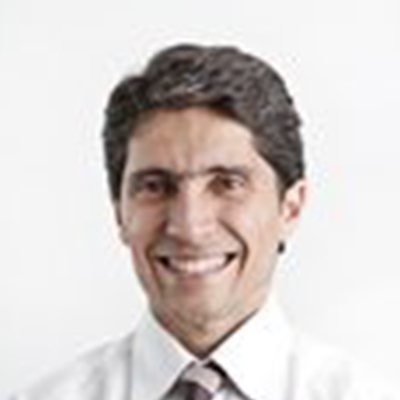 Ivo Yves Vieira was born in Paris in 1971 and studied in Lisbon at the Liceu Francês. He pursued a bachelor’s degree in physical engineering and participated in the first Portuguese satellite, POSAT-1, as part of his final thesis project. Later, he completed a course in aerospace technologies and worked as a researcher at INETI, developing a satellite altitude simulator and a new kind of sun sensor. From 1997 to 1999, he was a missionary in Mozambique through the NGO Leigos para o Desenvolvimento, and then returned to Mozambique to do his PhD in physical engineering at the Instituto Superior Técnico on plasma propulsion. In 2002 he created LusoSpace, a company that develops and sells satellite equipment. In 2013 he created LusoVU, an augmented reality company, as well as LusoMusic, a company that teaches music through gamification. He took a private pilot’s license at the age of 17, has a diving certification, and practices kung fu and yoga.