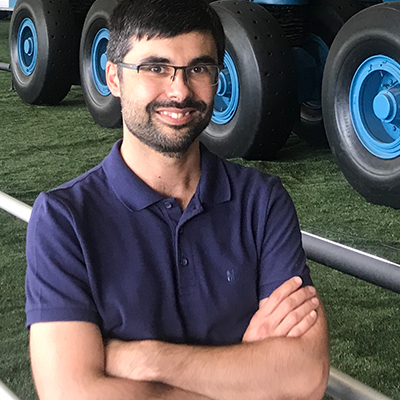 Faculty of Medicine of the University of Lisbon

Edson Oliveira graduated from the Faculty of Medicine of the University of Lisbon in 2007. Enthusiastic for Science, he organized several forums dedicated to scientific popularization as a member of the Youth Science Association. As a student at the Faculty, he developed several research projects in the field of Neuroanatomy and Aerospace Medicine and is currently Assistant of Neurosurgery And Aerospace Medicine.
He’s also founder and project-manager of the Center for Aerospace Medicine Studies (recently inaugurated) and the pre-graduated subject of Aerospace Medicine in the Faculty of Medicine since 2020. He started a PhD project related to SANS (Space flight Associated Neuro-Ocular Syndrome).
He began his training in Neurosurgery in 2010 at the Centro Hospitalar Lisboa Norte, which he finished in 2016. During his residency, he dedicated himself especially tospine pathology.
He also developed an intense civic and associative intervention, having been a member of the Student’s Union Board and also elected President of the Portuguese Residents National Council between 2015-2017. He is currently President of the Greater Lisbon Sub-Region of the Portuguese Medical Association.